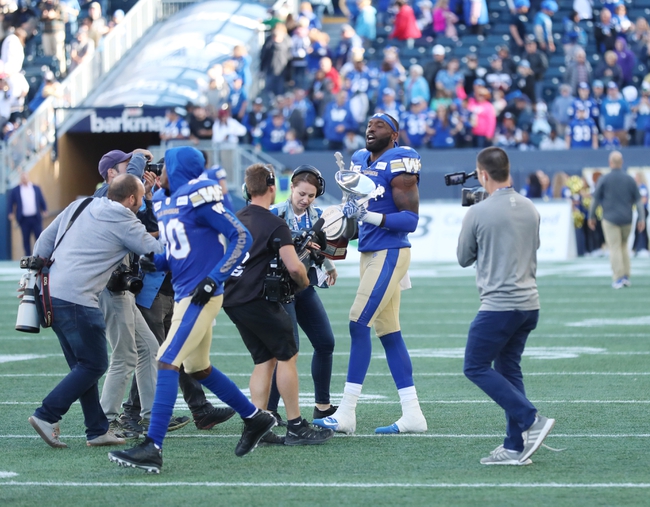 The Hamilton Tiger-Cats have won three of the last four meetings against Winnipeg and enter this game playing better football over the last month. However, the Winnipeg Blue Bombers are 6-0 SU at home this season and are winning those games by an average of 17.8 points. The Blue Bombers are also 10-3-1 ATS in their last 14 home games as a favorite. Sometimes you just back a team in certain spots until they give you a reason not to. Give me the Blue Bombers at home and the reasonable chalk.