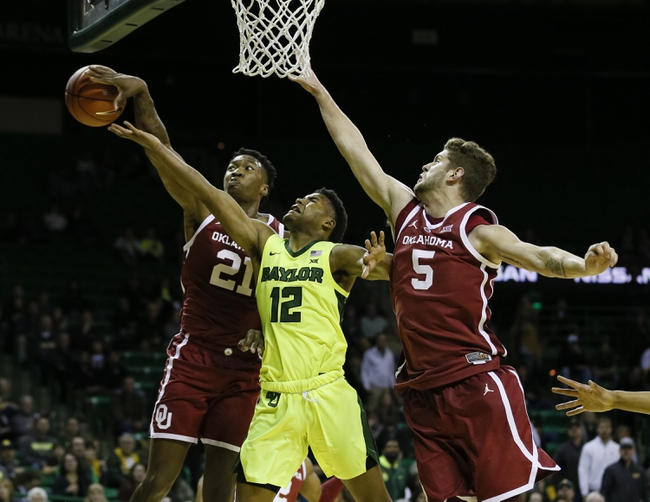 In the Bears win over Oklahoma State, Baylor was led throughout the game by Jared Butler.  Butler recorded 19 points and 6 assists.  The Bears shot 43% from the floor and 35% from 3-point range.  Baylor trailed 36-27 at the half and saw their largest deficit at 12 points.  The Bears were able to force 15 turnovers, which helped Baylor get back in the game.  The Bears out scored Oklahoma State from the charity stripe, 19 to 12.

Sooners are 1-5-1 ATS in their last 7 games against Baylor.

The Sooners have lost 2 of their last 3 games, while Baylor has their last 10 games.  Baylor has won 6 of the last 10 matchups in this series.  The Bears have a stout defense, allowing less than 59 per game, that ranks 6th in the country.  In a season where their has been a lot of inconsistency among the top 5 in the rankings, Baylor has been 1 of few that have stayed consistent.  Therefore, I'll side with Baylor to stay perfect at home.  Final score prediction, Baylor will win and cover, 74-61.