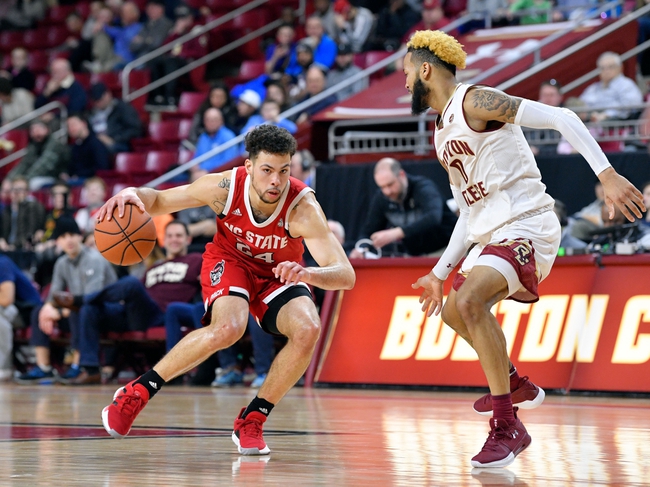 The NC State Wolfpack and the Boston College Eagles meet in college basketball action from Conte Forum on Sunday.

NC State enters this game at 16-8 on the year. After losing three to Georgia Tech, UNC and Louisville, the Wolfpack have won their last pair over Miami-FL and Syracuse since then.

Over on the Boston College side, they’re 12-13 this year. The Eagles are 2-3 in the last five games, beating UNC and Virginia Tech while otherwise dropping to Louisville, Duke and Miami-FL.

In the loss to the Hurricanes, Boston College’s Kamari Williams led the team on 14 points and one rebound. Nik Popovic had 10 points with six rebounds and six assists there, and Jay Heath added 10 points with three boards.

NC State wasn’t super competitive during their three-game losing streak—they fell by 10 to UNC and 20 to Louisville—but over their last two games they’ve put up a combined 162 points and seem back on track.

As for Boston College, they’ve become pretty unpredictable this season, but overall they’re scoring better since late last month or so. As long as the Wolfpack aren’t looking past this game to the two ranked matchups beyond it, I think they’ll be okay here. I’m going NC State.