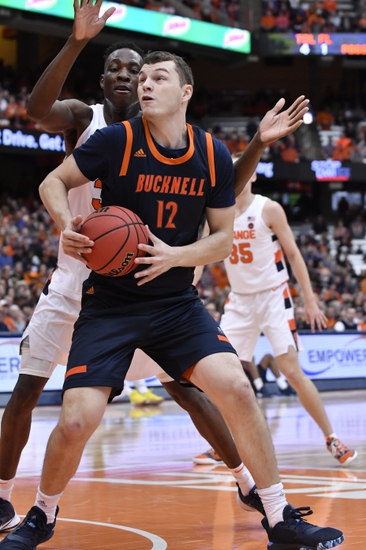 The Lafayette Leopards travel to Lewisburg, PA on Monday for a game against the Bucknell Bison in a matchup of teams from the Patriot League.  In their last game, Lafayette defeated American by the score of 82-70.  Justin Jaworski led the Leopards in scoring in the game with 32 points while shooting 11 of 17 from the field and 6 of 6 from the free throw line.  Lukas Jarrett was the leading rebounder for Lafayette as he pulled in 11 boards, including 3 coming offensively.  E.J. Stephens led the Leopards in assists in the game with 4 while playing a total of 28 minutes.

The Bucknell Bison welcome the Lafayette Leopards to town on Monday after losing their last game to Boston University by the score of 77-57.  Avi Toomer led the Bison in points with 16 while shooting 6 of 13 from the field and 1 of 1 from the free throw line.  Toomer also led Bucknell is assists in the game with 2 while playing a total of 28 minutes.  Andrew Funk was the leading rebounder for the Bison as he pulled in 5 rebounds, all coming defensively.

The loss against Boston dropped Bucknell’s record to 9-14 on the season and 5-5 in conference play.  John Meeks has been the most productive player for the Bison this season as he has averaged a team leading 12.3 points per game.  Paul Newman has been the leading rebounder for Bucknell this season as he had averaged 5.2 rebounds per game including an average of 1.8 offensive rebounds per game.  Jimmy Sotos is the leader in assists for Bucknell as he has averaged 3.9 per game.