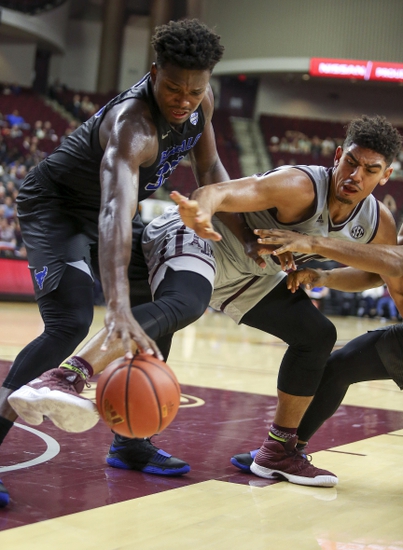 Buffalo has become a breeding ground for coaches, and Jim Whitesell is the latest to take the helm. The previous two moved on to bigger schools after having success. Buffalo starts a new era Friday when it hosts Dartmouth, but the coach intends to continue the up-tempo style that has brought the Bulls success in recent years.

Buffalo was 32-4 last year, won the MAC and reached the NCAA tournament. It won't be that much of a change though, as Whitesell was an associate coach at Buffalo the previous four seasons. Buffalo has reached the bit dance four of the last five seasons and hopes to continue that even with a lot of new players.

Junior guard Jayvon Graves is the only returning full-time starter. he averaged 9.7 points last year and shot about 50 percent from three-point land. Davonta Jordan is the only other returning with a lot of playing time. There are five transfers and two freshmen for the current campaign.

Dartmouth has a lot of returning players and is hoping for better things after going 11-19 last year in the Ivy League. Still, the climb is steep for Dartmouth. Last year Buffalo scored 110 against them and won by 39. Dartmouth is picked to finish last in the Ivy League in the league's preseason poll.

Two guards will be counted on heavily for Dartmouth. Guilin Smith returns after missing most of last year with an injury. Brendan Barry averaged in double figures last year. Five of the top six players from last year return this season.

Dartmouth is guard heavy, but the Bulls are heading into the team here with a decent track record of getting wins.The Bulls take advantage of the Dartmouth squad and come home with a strong win this game. Final Score Prediction, Buffalo Bulls win and cover 76-46.