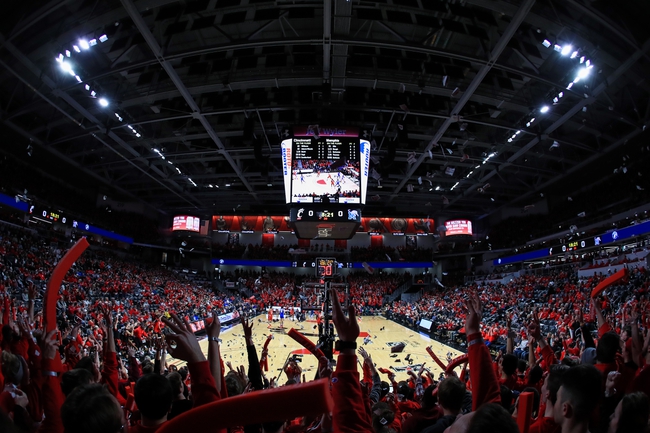 The Akron Zips and the Central Michigan Chippewas meet in college basketball MAC-tion from the McGuirk Arena on Friday night.

The Akron Zips will try to get back to the top of the MAC East division after improving to 8-3 with a big 74-59 win over Bowling Green last time out. Loren Cristian Jackson leads the Zips in scoring and assists with 18.9 points and 4.8 assists per game while Tyler Cheese isn’t far behind with 16 points per game. Xeyrius Williams is 3rd with 14.1 points as well as a team-high 9.5 rebounds per game while Channel Banks is contributing 10.8 points per game to the cause this season. As a team, Akron is averaging 76 points per game on 44.5% shooting from the field, 37.9% from behind the arc and 77.7% from the foul line while allowing opponents to average 65.4 points on 40% shooting from the field and 30.5% from 3-point range this season. Akron is 5-3 straight up and 7-1 against the spread on the road this season.

The Central Michigan Chippewas will look to make up some ground on the two teams ahead of them in the MAC West division, sitting at 6-4 in conference play after back-to-back losses following a 73-70 loss to Eastern Michigan last time out. David DiLeo leads the Chippewas in scoring with 14.9 points per game along with 4.7 rebounds while Kevin McKay is right behind with 14.8 points as well as a team-high 6.7 rebounds per game. Dallas Morgan is averaging 14 points and Rob Montgomery is averaging 10.9 points per game while Devontae Lane is chipping in 9.2 points and a team-high 3.5 assists per game this season. As a team, Central Michigan is averaging 81.3 points per game on 44.1% shooting from the field, 34.2% from behind the 3-point line and 74.1% from the foul line while allowing opponents to average 75.7 points on 45.8% shooting from the field and 36.5% from behind the 3-point line this season. Central Michigan is 11-2 straight up and 6-4 against the spread at home this season.

Head to head, the home team is 5-2 ATS in the last 7 meetings between these two teams.

The points with Central Michigan are tempting given how much success the home team’s had in this matchup. However, Akron is just the better team in this one, and the Zips have been so strong on the road this season. Central Michigan is a pretty good offensive team but the loss to Eastern Michigan was a bit of a head-scratcher and I just think that the Zips get a big road win here so I’ll lay the points with Akron in this spot.