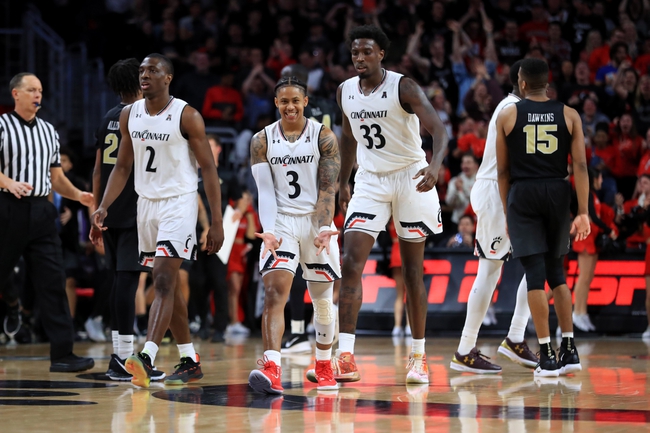 The UCF Knights and the Cincinnati Bearcats meet in college basketball action from Fifth Third Arena on Wednesday.

UCF comes into this game at 13-11 so far. The Knights are 2-4 in their last six, beating Tulsa and East Carolina with losses to Wichita State, Memphis, South Florida and Wichita State again.

In the latest loss to the Shockers, UCF’s lead scorers were Matt Millon and Darin Green, each with 13 points and four rebounds, along with a combined four assists. Collin Smith chipped in 12 points and three boards there also.

Over on the Cincinnati side, they’re 17-8 on the year. A five-game win streak was stopped with a loss to Connecticut earlier this month, but since then the Bearcats have beaten Memphis and East Carolina.

In the win over the Pirates, Cincinnati’s Keith Williams topped the team on 17 points with five assists and four rebounds. Tre Scott doubled up on 14 points and 12 boards, and Chris Vogt had 13 points and seven rebounds.

Wichita State seems to have UCF’s number, as the Knights mustered just 58 points in a 17-point loss during their last game. UCF has been at 68 or fewer in five of their last seven outings, as they’re a pretty choppy offensive team this year.

Cincinnati seems to score with more regularity this year, and they’ve notched 70 or more in each of their last four. I can’t think of a lot of reasons not to take the Bearcats here; they’re playing well right now.