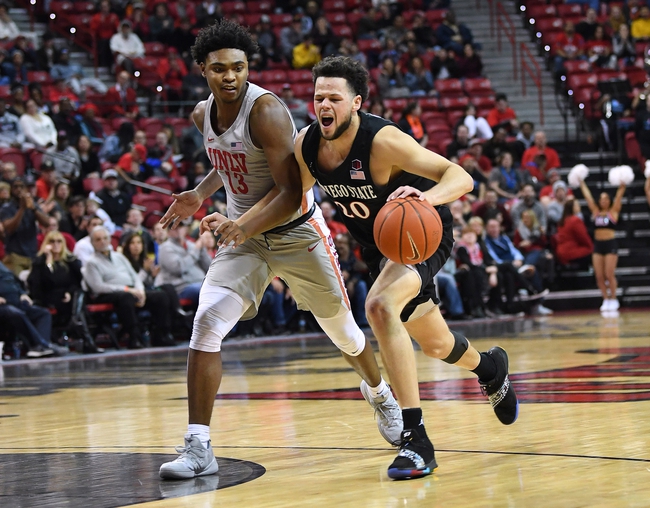 The San Diego State Aztecs go to Fort Collins, Colorado to take on the Colorado State Rams on Wednesday at the Moby Arena. The Aztecs go into this one on an eight-game winning streak, taking a victory from every single game that they have played this season. San Diego last defeated Iowa by a double-digit margin to improve them to their eighth win.

The Aztecs have been amazing at the defensive end, resulting in the 13th in best points allowed (57.6) and put the Aztecs at 8-0, and atop the Mountain West Conference. San Diego State has done a great job in the paint, blocking 3.6 shots per game. If the Aztecs continue their defensive dominance, the nation will have no choice but to respect them.

The Colorado State Rams are coming off of a dominating win over the Utah Valley Wolverines, defeating them 92-61. The Rams had great production out of their Freshman Forward Dischon Thomas who scored 18 points on 7/8 from the field.

The Rams are 6-3 on the season and are currently on a three-game winning streak. Colorado State are sitting at fourth place in the Mountain West standings, just below New Mexico and just above Boise State.

Both teams are playing very good basketball at the moment. However, Colorado State do not have anything in particular that they excel at compared to the rest of the nation, but San Diego State certainly does with their defense. If the Aztecs are able to keep this game low scoring, it will be a rough night for the Rams. Final Score Prediction, San Diego State Aztecs win 70-61.