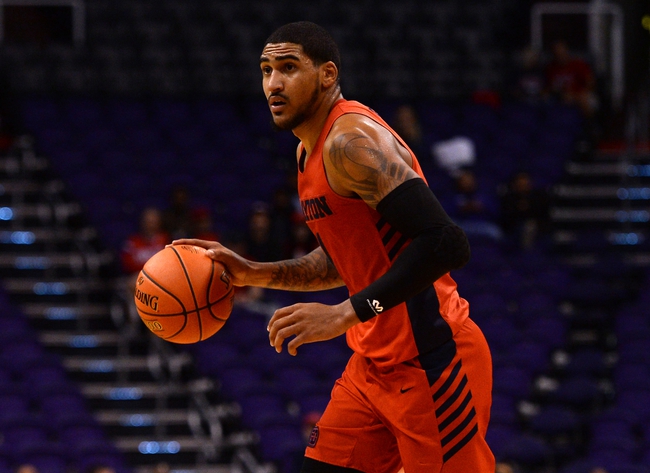 The Drake Bulldogs head to Dayton, Ohio on Saturday for a matchup with the #14 ranked Dayton Flyers in a game between a team from the MVC and the Atlantic 10 Conference.  In their last game, Drake defeated Southeast Missouri State by the score of 78-73.  Roman Penn led the Bulldogs in points in the game, scoring a total of 16 while shooting 6 of 10 from the field and 3 of 5 from the free throw line.  Penn also led Drake in rebounds with 8, including 3 coming offensively and in assists with 3 while playing a total of 34 minutes against SEMO.

The #14 Dayton Flyers welcome the Drake Bulldogs to campus after winning their last game by the score of 78-68 against the Saint Mary’s Gaels.  Jalen Crutcher led Dayton in scoring on the night with 21 points while shooting 7 of 13 from the field and 2 of 2 from the free throw line.  Crutcher also led the Flyers in assists with 6 while playing 36 minutes against the Gaels.  Trey Landers led Dayton in rebounds in the game with a total of 8 boards, including 4 coming offensively.

The Drake Bulldogs have scored an average of 70.8 points per game this season while allowing an average of 60.7 points per game.  The Dayton Flyers have scored 87.4 points per game while allowing 69.9 points per game.  In their last 5 games, Drake is 4-1 and has won 4 games in a row.  Dayton is 4-1 in their last 5 games with their only loss of the season coming against the #4 ranked Kansas Jayhawks in overtime.  I am going to go with Dayton in this one as their offense has been explosive all season and I believe they will be able to blow Drake away.  I will also be picking the Flyers to cover the spread in this one as they are 5-1 against the spread in their last 6 games.  Dayton wins 81-62 and covers the spread.