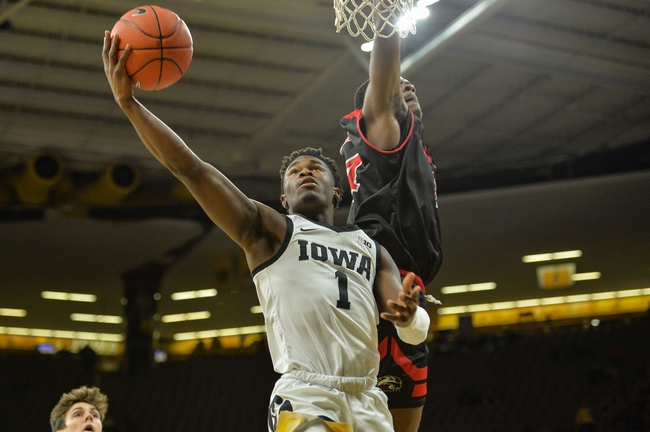 The DePaul Blue Demons head to the University of Iowa on Monday for a game against the Hawkeyes for their biggest test of the season thus far.  DePaul won their last game, beating Fairleigh Dickinson by the score of 70-59.  Chairlie Moore led the Blue Demons in points with 27 and assist with 4.  Moore scored his 27 points while shooting 10 of 16 from the field and 2 of 2 from the free throw line.  Paul Reed led DePaul in rebounds as he recorded 11 on the night including 3 on the offensive boards.

The Iowa Hawkeyes welcome the DePaul Blue Demons to campus after winning their first game against Southern Illinois University at Edwardsville by the score of 87-60.  Luka Garza led Iowa in points with 20 while shooting 7 of 13 from the field and 6 of 10 from the free throw line.  Garza also led Iowa in rebounds with 12 including 3 coming offensively.  Jordan Bohannon led the Hawkeyes in assists as he recorded 4 on the night to go along with his 2 rebounds and 9 points.