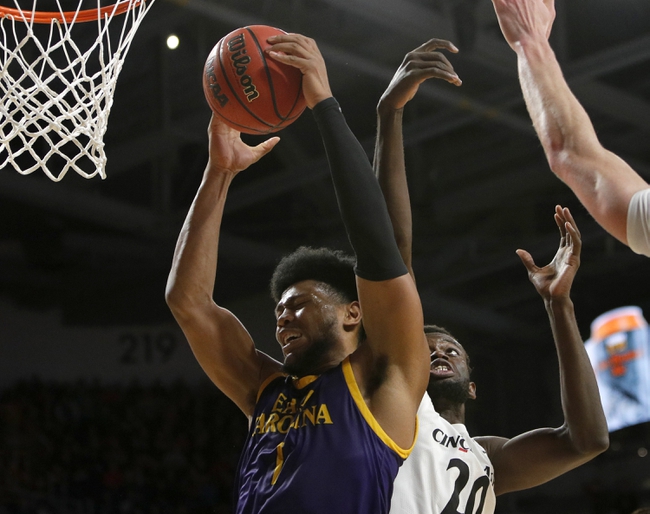 The Cincinnati Bearcats and the East Carolina Pirates meet in college basketball action from Minges Coliseum on Sunday.

Cincinnati enters this one at 16-8 on the year. After a recent five-game winning streak, the Bearcats fell to Connecticut, but in their last game Thursday they took out Memphis 92-86.

In the win over the Tigers, Cincinnati’s Tre Scott led the team on 25 points with 19 rebounds. Jarron Cumberland added 15 points, nine assists and five rebounds there, and Mika Adams-Woods posted 14 points with four rebounds.

Over on the East Carolina side, they’re 10-15 this year. The Pirates are 1-4 in their last five, beating Tulane while falling to Houston, Temple, UCF and Tulsa during that stretch.

In the loss to the Hurricane, East Carolina’s JJ Miles led the team on 21 points with five rebounds and two assists. Brandon Suggs added 13 points, and Jayden Gardner doubled up on 12 points with 12 rebounds.

There’s really not much to complain about when it comes to Cincinnati over their last seven games—outside of the one-point OT loss to Connecticut, anyway. The Bearcats are still doing well offensively, with 71 or more in each of their last three.

As for East Carolina, they’ve been at 64 or fewer in four of their last five and just aren’t as effective at scoring these days. All things considered here I like the Bearcats on the cover.