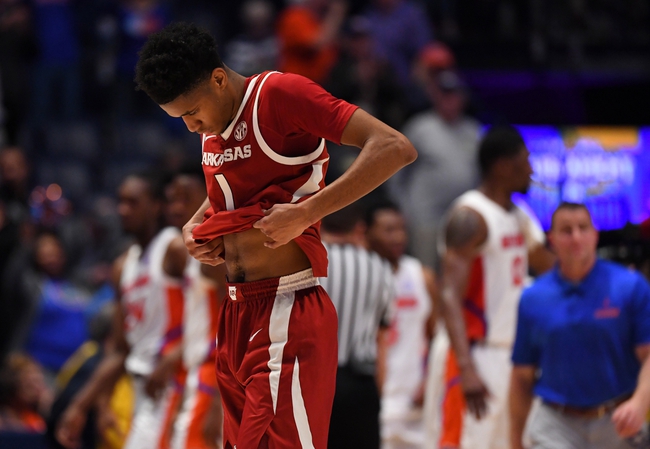 The Arkansas Razorbacks and Florida Gators meet Tuesday in college basketball action at the Exactech Arena.

The Arkansas Razorbacks haven't been the same team since blowing that game at home against the Kentucky Wildcats, and they're losing their last five games by an average of five points while shooting just 41.3 percent from the field. The Florida Gators are finally starting to put things together and looking like the team we thought we'd see from the start. The Gators are playing well at both ends of the floor, and they win at home by an average of 8.7 points while allowing just 40.3 percent shooting. I have to eat the number with Florida at home. I want nothing to do with the Arkansas Razorbacks right now.