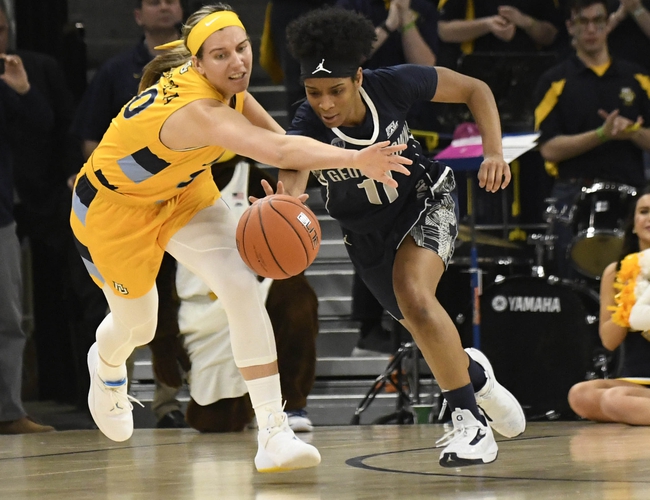 The Marquette Golden Eagles (12-5) will visit the Georgetown Hoyas (12-6) at the Capital One Arena. Marquette snapped a two-game losing streak after defeating Xavier at home, 85-65.

Georgetown defeated 25 ranked Creighton at home, 83-80, last time out. Georgetown is led by Omer Yurtseven who averages close to a double-double with 16.7 points and 9.9 rebounds per game. James Akinjo leads the team in assists with 4.4 per game. Georgetown averages 79 points per game and allow 73.1 points by the opposition. The Hoyas shoot 45.7 percent from the floor and snatch 40.4 rebounds per game.

Marquette has struggled pretty badly on the road with two losses in Big East play in their last two road games against Creighton and Seton Hall. In Georgetown’s last two home games, they’ve won and covered the spread in both. Georgetown is the better offensive team, even with Markus Howard on the other side. They play more together and are a more connected offense. Take Georgetown at home in this one. Golden Eagles are 1-5 ATS in their last 6 road games. Final Score Prediction, Georgetown Hoyas win and cover ATS 85-80.