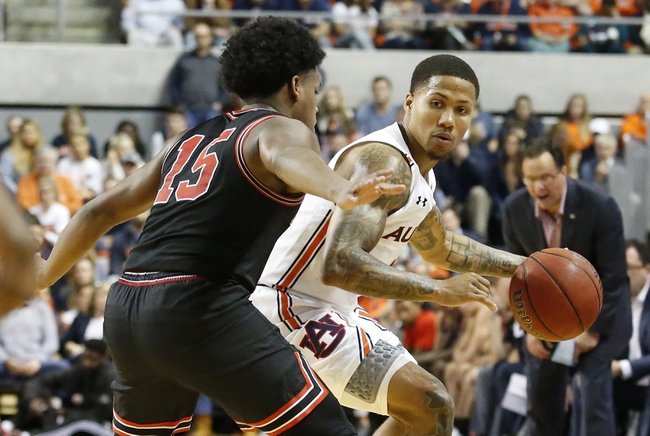 The Auburn Tigers and Georgia Bulldogs meet Wednesday in college basketball action at the Stegeman Coliseum.

The Auburn Tigers are just 2-5 ATS on the road this season, but they manhandled Georgia at home last month and have been head and shoulders the better team this season overall. The Georgia Bulldogs are in a serious slump currently, and that includes shooting just 29.2 percent from deep in their last five games. If Georgia can't shoot the basketball at a decent percentage, Auburn is going to run away with another one. I'll lay the bucket with the Tigers on the road.