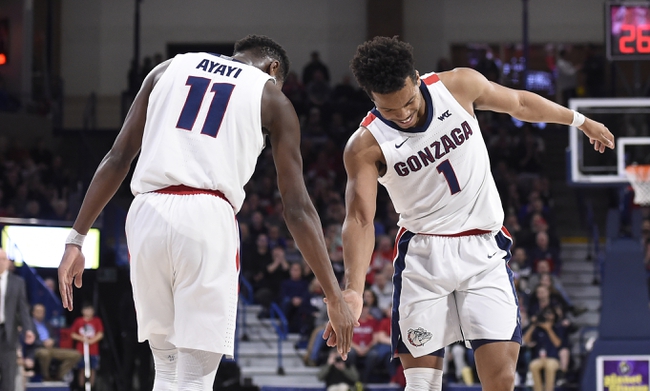 The BYU Cougars travel to the McCarthey Athletic Center to take on the best team in their conference and one of the best teams in the country, the Gonzaga Bulldogs.  BYU has had an offensive explosion as of late, scoring over 90 points in their last two games and winning both by 20+ points. The most recent BYU win was over San Diego, winning 93-70 to improve their record on the season to 14-5. Gonzaga has won their last eleven games and scored 104 points in their last game, beating Santa Clara 104-54 to improve their record to 19-1 on the season.