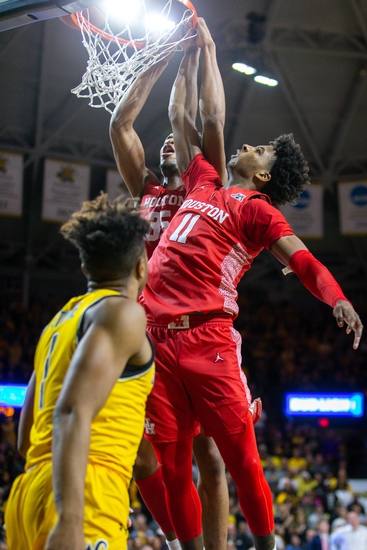 The UConn Huskies travel to the Fertitta Center to take on the Houston Cougars. UConn has lost its last two games, but both games have been to ranked teams and in close fashion. The Huskies most recent loss was a 61-55 defeat to #13 ranked Villanova and dropped the UConn record on the season to 10-7. Houston comes in on a two-game winning streak, the most recent win a road win in a tough place to play beating Witchita State 65-54 to improve their record on the season to 14-4.

The UConn offense comes in averaging 71.2 points per game to rank just 185th in scoring offense in college basketball. Leading UConn is senior guard Christian Vital who is averaging 14.2 points per game, Vital is tied for the team lead in rebounding as well with 6.8 per game and contributes 2.6 assists per game. Junior forward Josh Carlton is averaging 10 points while adding 6.8 rebounds per game. Junior point guard Alterique Gilbert comes in averaging a team-high in assists with 4.8 and adds in 9.7 points of his own.

The UConn defense has been stout this season allowing only 64.5 points per game while holding teams to 39.8% from the field. According to KenPom statistics, UConn has the 48th ranked adjusted defense in the NCAA. Houston opponents have scored 64.8 points per game which ranks them 80th in the country in scoring defense but has held opponents to just 38.4% from the field.