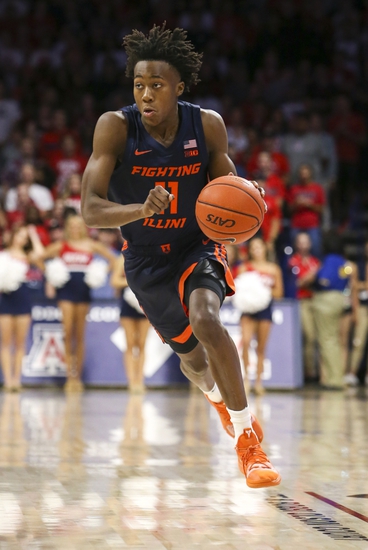 The Miami Hurricanes head to Champaign, IL on Monday for a game against the Illinois Fighting Illini in a game in the Big Ten/ACC Challenge.  In their last game, Miami was defeated by the UConn by the score of 80-55.  Dejan Vasiljevic led the Hurricanes in points with 11 while shooting 5 of 9 from the field in the game.  Sam Waardenburg was Miami’s leading rebounder as he recorded 5 on the night including 2 offensively.  Kameron McGusty led the Hurricanes in assists in their game against UConn as he recorded 4 while playing a total of 28 minutes in the game.

After the loss to UConn, Miami is now 4-3 on the year and have recorded a 1-0 record while playing on the road.  Dejan Vasiljevic leads Miami in points per game this season as he has averaged 13.9 per game.  Rodney Miller Jr. has been the leading rebounder for the Hurricanes as he has averaged 5.7 per game.  Harlond Beverly has been the leader in assists per game for Miami as he has recorded 2.6 per game so far this season.

The Illinois Fighting Illini welcome the Miami Hurricanes to town after winning their last game by the score of 117-65 against Division II Lindenwood University.  Ayo Dosunmu lead the Fighting Illini in points with 24 while shooting 8 of 12 from the field and 6 of 9 from the free throw line.  Kofi Cockburn led Illinois in rebounds in the game with 8, with 3 coming offensively.  Andres Feliz led Illinois in assists with 9 in the game against Lindenwood, while playing a total of 26 minutes.