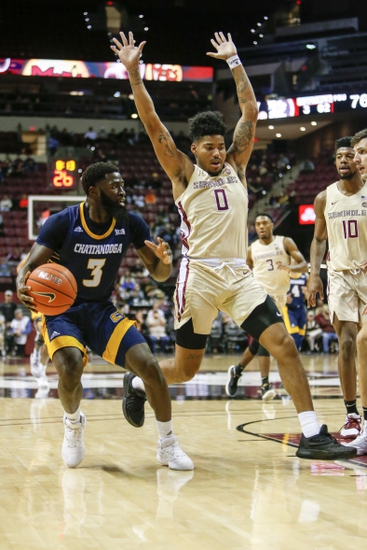 The 17th ranked Florida State Seminoles hit the road for a matchup with the Indiana Hoosiers, as part of the Big Ten/ACC Challenge.  The Seminoles are (7-1), coming off a 63-60 win over Purdue.  The Hoosiers are (7-0), after knocking off South Dakota State, 64 to 50.

In the Seminoles win over Purdue, Florida State was led offensively by Trent Forrest.  Forrest connected on 6 of his 13 attempts from the floor, while making 5 of 6 from the foul line, registering 17 points.  This was one of the better games of the year, as neither team led by more than 7 points.  The Seminoles led by 3 points at the half, Purdue would tie the game with less than 5 seconds remaining in regulation, to send the game to OT.  Florida State shot 38% from the floor, but were awful from distance.  The Seminoles made just 1 out of 17 attempts from 3-point range.  Florida State was out rebounded by Purdue, 48 to 33.

Seminoles are 4-1 ATS in their last 5 non-conference games.

Hoosiers are 4-1 ATS in their last 5 games overall.

Florida State is coming off a win over a Big Ten member, beating Purdue by 3 points.  The Seminoles started the season unranked, but have made their way into the top 25 for a good reason.  The Seminoles also have wins over Florida and Tennessee, both teams were ranked at the time.  The Hoosiers toughest opponent to this point has been Louisiana Tech.  This will be a big test for the Hoosiers at home.  Are the Hoosiers ready for a big game like this? We will find out, but I'm siding with the team that has already proven themselves this year.  Assembly Hall is a tough place for visitors to walk away with a win, but I think Florida State has proved more than enough to get the job done here.  the Seminoles are allowing 4 less points per game then the Hoosiers, in a lot tougher competition.  Final score prediction, Florida State will win and cover, 71-68.