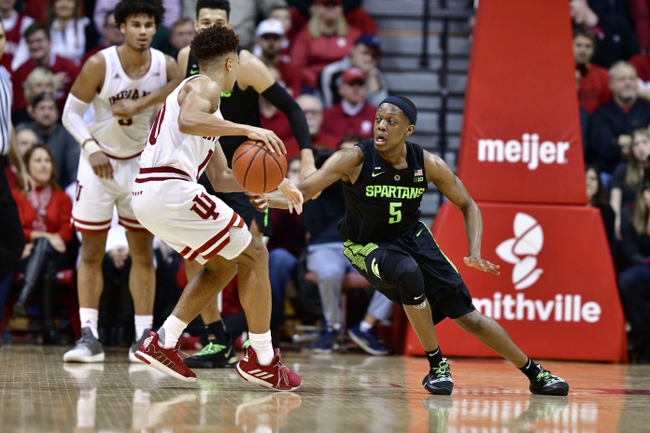 Hoosiers are 2-8 ATS in their last 10 January games.

The Spartans have won 8 of their last 9 games, while the Hoosiers have 3 of their last 4.  It has been extremely tough for road teams to win in the Big Ten, but I like Michigan State to win a rare Big Ten road game this season.  The Spartans have one of the better defense's in the country.  Michigan State is the 13th best in defending the 3, while Indiana ranks 314th in 3-point offense.  The Hoosiers are better in overall field goal percentage, ranking 89th, but the Spartans rank 12th in the defensive category.  Indiana doesn't have stellar defense, while Michigan State is averaging almost 80 per game.  The Spartans have the best player in the matchup, Cassius Winston.  I'll side with Winston and company to get the job done on the road.  Final score prediction, Michigan State will win and cover, 71-65.