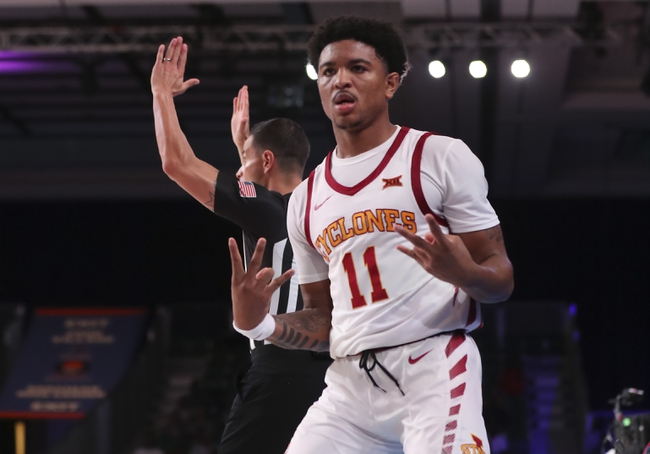 The UMKC Kangaroos head to Ames, Iowa on Wednesday for a game against the Iowa State Cyclones in a battle between a team from the WAC and a team from the Big 12.  In their last game, UMKC defeated Western Illinois by the score of 68-67.  Jahshire Hardnett was the leading scorer for the Kangaroos as he recorded 19 points in the game while shooting 7 of 16 from the field and 2 of 2 from the free throw line.  Javan White led UMKC in rebounds in the game with a total of 13, including 7 coming off of the offensive boards.  White also led the Kangaroos in assists as he recorded 5 while playing a total of 35 minutes in the game against Western Illinois.

With the win against Western Illinois, UMKC is now 5-4 on the season and will be looking to pull off an upset against Iowa State.  Javan White has been the leading scorer for UMKC so far this season as he is averaging 12.6 points per game.  White is also the leading rebounder for the Kangaroos as he has averaged 8.1 rebounds per game.  Brandon McKissic is the leader in assists for UMKC as he has averaged 2.6 assist per game on the year.

The Iowa State Cyclones welcome the UMKC Kangaroos to campus after losing their last game against Seton Hall by the score of 84-76.  Rasmir Bolton was the leading scorer for the Cyclones as he scored 20 points while shooting 7 of 13 from the field and 5 of 6 from the free throw line.  George Conditt IV led the Cyclones in rebounds on the night as he recorded 7 with 4 coming offensively.  Tyrese Haliburton led Iowa State in assists as he recorded 7 in the game while playing 37 minutes against Seton Hall.

With the loss against Seton Hall, the Cyclones are now 4-3 on the season and look to continue to add to their wins against UMKC.  The Cyclones are led in scoring by Tyrese Haliburton who has scored 15.7 points per game so far this season. Haliburton also leads the Cyclones in assists per game as he has recorded 8.9 per game on the year.  Iowa State is led in rebounds by Michael Jacobson who has averaged 7.6 per game.