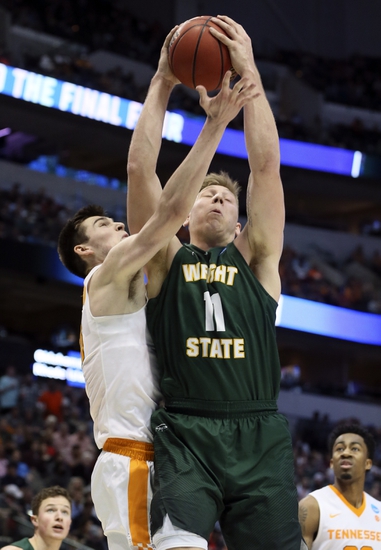 The Wright State Huskies travel to the Indiana Farmers Coliseum to battle the IUPUI Jaguars. IUPUI snapped a four-game losing streak with a win on the road over Green Bay, beating the Phoenix 93-78 to improve to 5-12 on the season. Wright State has won their last seven games, most recently sneaking out a win on the road over Detroit, winning the game 70-69 to improve their record on the season to 14-3.

Wright States comes in touting one of the best offenses in the country averaging 81.6 points per game to rank 16th in college basketball in scoring offense. Wright State plays an up-tempo style of play and has shot 46% from the field and 34.9% from the three-point line. Leading Wright State in scoring is senior forward Billy Wampler who averages 14.3 points per game and adding 4.3 rebounds. Junior center Loudon Love adds 14.3 points while leading the Huskies in rebounding with 9.9 per game.

IUPUI struggles offensively scoring 68.7 points per game to rank 247th in scoring offense in college basketball. IUPUI has shot 42.5% from the field as a team but has been especially efficient shooting 35.9% from the three-point line which ranks 76th in the NCAA in three-point percentage. IUPUI is led in scoring by senior guard Marcus Burk who averages 18.8 points per game, junior point guard Jaylen Minnett averages 15.5 points per game and is the facilitator on offense leading the team in assists with 3.4 per game. The leading rebounder for IUPUI is junior forward Elyjah Goss who averages 10.8 rebounds per game and adds 9.2 points.

IUPUI has been brutal for bettors this season with a 6-9 record ATS on the season has just covered two spreads in their last eight home games. Wright State has been dominant this season and comes in with an 8-6-1 record ATS on the season. Final score prediction, Wright State did not play well their last time out and barely snuck a win out but will bounce back with a dominating win, covering the double digit spread with a score of 87-68.