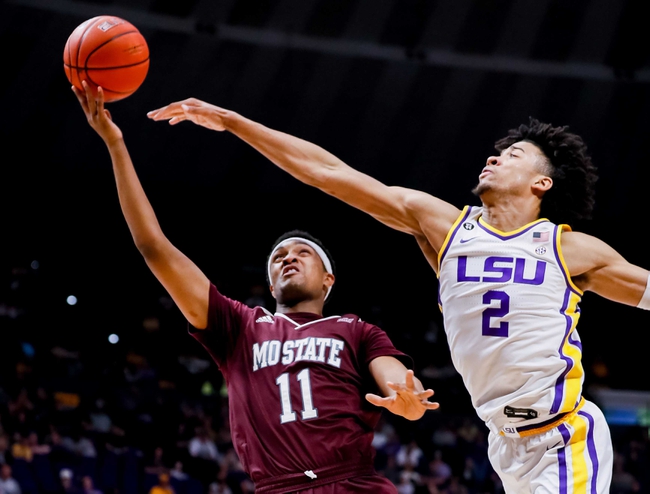 In the Tigers win over Missouri State, LSU was guided in the game by Darius Days.  Days connected on 7 of his 13 attempts from the floor, while making all 4 of his foul shots.  Days recorded a double-double in the win, registering 20 points and 10 rebounds.  The Tigers shot 53% from the floor and 25% from distance.  The Tigers got out rebounded by Missouri State, 35 to 30.  LSU gave up 15 offensive rebounds in the win.

Privateers are 2-10 ATS in their last 12 Tuesday games.

Privateers are 2-5 ATS in their last 7 non-conference games.

Tigers are 5-0 ATS in their last 5 Tuesday games.

The under is 4-0 in Tigers last 4 Tuesday games.

New Orleans has faced 3 non D1 opponents and have 3 wins in those games.  The Privateers have 3 wins on the season. The Privateers have lost all 4 of their games by at least 13 points, except for their 8 point loss to Hawaii.  The last 2 games for the Privateers have been against non D1 schools, this will definitely be an up tick in competition.  The Tigers only have 1 win over 20 points and that was a 27 point win over UMBC.  The Tigers have been playing well lately, winning their last 2 games, which includes a 13 point win over Rhode Island at a neutral site.  LSU will be more than talented enough, to blow this game wide open come the 2nd half.  Final score prediction, LSU will win and cover, 86-62.