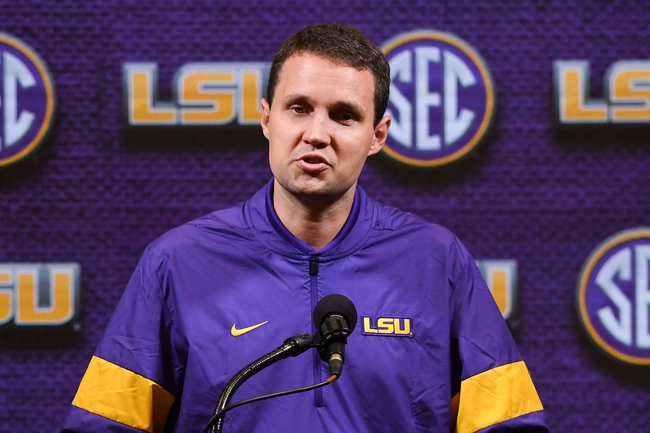 The Bowling Green Falcons travel to face the 22nd ranked LSU Tigers.  The Falcons are (1-0) on the season after beating the Tiffin Dragons, a division II school. The Tigers have not yet played a game, as this will be their first of the season.  The Tigers finished last season (28-7).

In the win over the Dragons, the Falcons were led by Justin Turner.  Turner recorded 20 points. Daeqwon Plowden contributed a double-double in the game, netting 16 points while pulling down 12 rebounds.  The Falcons committed 16 turnovers in the win, compared to just the 11 forced defensively. Bowling Green destroyed the Dragons on the glass, out rebounding them 61 to 33.  The Falcons put up 52 points in the first half.

The Tigers are averaged over 80 points per contest last year, while giving up 73 per game on the defensive side.  The Tigers have to get better from distance if they want to make a run at the SEC title. The Tigers shot a poor 31.9% from a year ago, which ranked 299th at the division I level.  Skylar Mays is the only returning starter for the Tigers. LSU is coached by Will Wade.

Falcons are 5-2 ATS in their last 7 Friday games.

Tigers are 0-4 ATS in their last 4 non-conference games.

Tigers are 0-4 ATS in their last 4 games overall.

The under is 4-1 in Tigers last 5 non-conference games.

Bowling Green was a solid team a year ago and were close to making their first NCAA Tournament appearance, but lost to Buffalo in the MAC Championship.  LSU is ranked 22nd but should not overlook the Falcons. The Falcons return four starters and will be able to put up a fight. I think the Falcons out hustle the Tigers at times and are able to hang around.  Final score prediction, LSU wins and Bowling Green covers, 76-65.