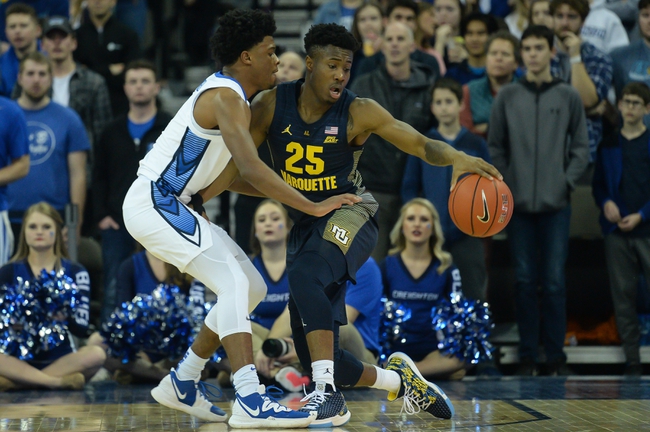 The Creighton Bluejays smoked the first meeting back on New Years Day, have shown they can win on the road and are probably playing better basketball overall. However, the Marquette Golden Eagles win at home by an average of 17.1 points while allowing just 37.2 percent shooting from the field. The Marquette Golden Eagles are also an impressive 9-4 ATS at home and 16-8 ATS on the season. Marquette will also have the best player on the floor for this game. With the low chalk, I'll gladly take the Golden Eagles and the tiny chalk.