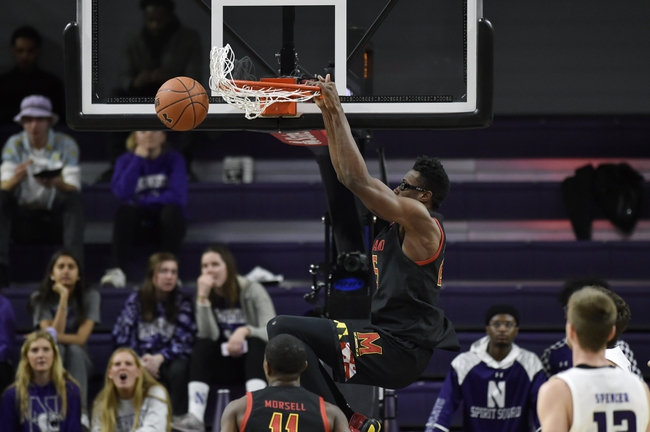 The Northwestern Wildcats and the Maryland Terrapins meet in Big Ten conference college basketball action from the Xfinity Center on Tuesday night.

The Northwestern Wildcats will look for a massive road win to get out of the Big Ten basement after falling to 1-13 in conference play after a 77-61 loss to Penn State last time out. Miller Kopp leads the Wildcats in scoring with 13.2 points per game while Pat Spencer is 2nd in scoring and tops in assists with 10.7 points and 3.8 assists per game. Boo Buie is 3rd with 10.4 points per game while Ryan Young has 8.9 points and a team-high 6.1 rebounds per game. As a team, Northwestern is averaging 64.8 points on 41.7% shooting from the field, 31.7% from behind the arc and 74% from the foul line while allowing opposing teams to average 69 points on 42.2% shooting from the field and 33.3% from behind the arc this season. Northwestern is 1-8 straight up and 5-4 against the spread on the road this season.

The Maryland Terrapins will look to stay atop the Big Ten while adding to their eight-game winning streak after a 67-60 win over Michigan State last time out. Anthony Cowan Jr. leads the Terrapins in scoring and assists with 16.6 points and 4.5 assists per game while Jalen Smith is 2nd with 15.2 points and a team-high 10.2 rebounds per game. Aaron Wiggins is also contributing 10.2 points per game for Maryland this season. As a team, Maryland is averaging 71.5 points on 41.7% shooting from the field, 32% from behind the arc and 74.1% from the foul line while allowing opposing teams to average 62.2 points on 38.5% shooting from the field and 30.9% from 3-point range this season. Maryland is 14-0 straight up and 8-6 against the spread at home this season.

Head-to-head, the road team is 8-2 ATS in the last 10 meetings between these two teams.

This is a lot of points, but this is a classic worst vs first matchup and the Wildcats haven’t shown us anything give us any indication that they’ll be able to keep up with Maryland. The Terrapins had a close call against Nebraska not too long ago, but I just think that the Terrapins lay a beating on Northwestern here. I’ll lay the points with Maryland here.