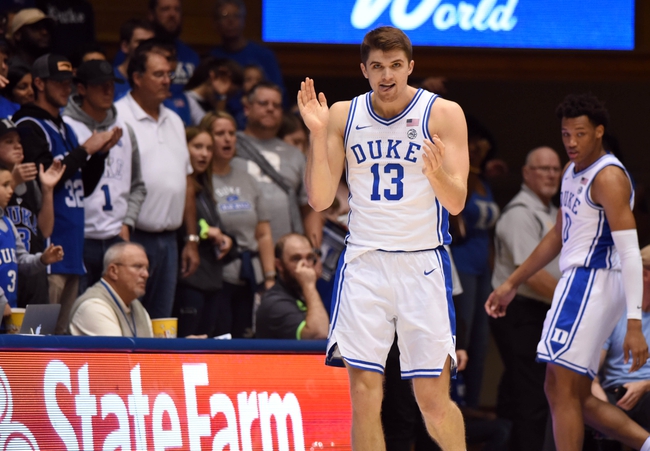 The #10 Duke Blue Devils head to Michigan on Tuesday for a game against the #11 Michigan State Spartans in a game in the Big Ten/ACC Challenge.  In their last game, Duke defeated Winthrop by the core of 83-70.  Matthew Hurt led the Blue Devils in points in the game with 20 while shooting 7 of 13 from the field and 4 of 6 from the free throw line.  Vernon Carey Jr. led Duke in rebounds on the night, pulling in 10, with 3 coming offensively.  Tre Jones led Duke in assists with 6 on the night while playing 37 minutes in the game.

Duke has scored an averaged of 83.8 points per game this season while allowing 64.8 points per game.  Michigan State has scored 80.9 points per game while allowing 64.7 points per game.  Both teams are 4-1 in their last 5 games.  I am going to go with Duke in this one.  Even though the game is being played at Michigan State, I believe the Blue Devils will be able to escape with a win in this one as their offense has been slightly better than Dukes on the season.  This game will come down to the wire, but I believe the Blue Devils pull this one out.  Duke wins 75-73 and beats the spread.