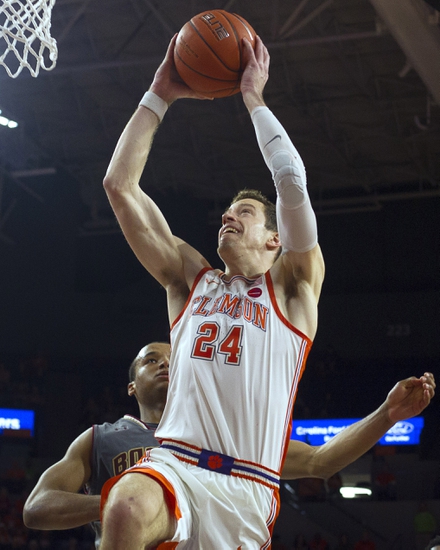 A fascinating matchup highlights the Big Ten/ACC Challenge on Monday when the Clemson Tigers (5-2) travel to Williams Arena in Minneapolis, Minn. for their first road game of the year to take on the Minnesota Golden Gophers (3-4). Despite being 3-4, Minnesota has lost to some top-notch opposition.

The Golden Gophers have lopsided wins over lesser opposition such as Cleveland State, Central Michigan, and North Dakota, but they have lost close games to upper-echelon teams like Oklahoma, Butler, Utah, and DePaul. The average margin of loss in those four games was just 6.5 points, but Minnesota has not yet been able to show that it can knock off top opposition despite showing itself to be a quality team overall.

Clemson’s record might be better, but it mirrors Minnesota’s even though the Tigers do have a good win over a quality opponent. They opened with a quality seven-point loss to Virginia Tech, then followed with blowout wins over Presbyterian, Colgate, Detroit Mercy, and Alabama A&M. But then Clemson pulled off a 62-60 overtime victory over TCU, handing the Horned Frogs their lone loss of the season so far, before losing a narrow 71-67 game against No. 21 Colorado.

Clemson led at halftime against nationally-ranked Colorado and had a chance to tie the game trailing by three with 10 seconds to go, but the Buffaloes’ McKinley Wright IV stripped Clemson’s Al-Amir Dawes, was fouled, and sank two free throws to put the game out of reach. Junior Aamir Simms led all scorers with 23 points and added seven rebounds for the Tigers, while sophomore John Newman III added 16 points before fouling out. Senior Tevin Mack added 11 points and nine rebounds while Dawes scored six points with a game-high six assists.

Mack leads his team in scoring with 15.4 points per game while Simms scores 11.9 points with 8.9 rebounds per game. Newman and Dawes score 11.6 and 10.1 points per game respectively.

The last time these two teams met up in 2015, Minnesota pulled out an 89-83 victory at Williams Arena. But the Golden Gophers will need to make sure to take good care of the ball if they want to replicate that success. Clemson ranks 28th (out of 350 schools) in NCAA Division I turnover margin at plus-5.1 ratio, and Minnesota ranks just 156th in Division I with 13.6 turnovers per game. Clemson is also outscoring its opponents off of turnovers 159-88.

This should be a great game and trying to pick a winner against the spread would probably just be foolish. Both teams have winning records against the spread (Clemson 5-2; Minnesota 4-3). But this one has an under written all over it, despite the somewhat low total of 131. Six of the Golden Gophers’ seven games this year have gone under the total and Clemson ranks 46th in Division I in scoring defense allowing just 61.0 points per game, while Minnesota still ranks in the top third of Division I in scoring defense at 84th allowing 63.4 points per game.

Don’t worry about picking a winner in this one. Take the under and trust these two solid defenses to do their jobs.