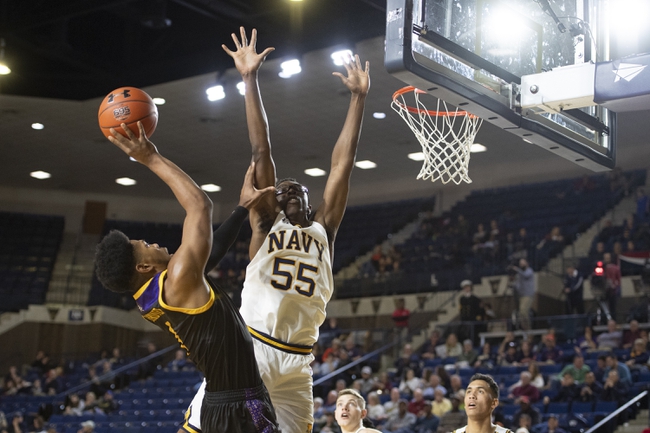 In the Midshipmen win over Brown, Navy was guided on offense by John Carter Jr.  Carter totaled 26 points, 6 rebounds, while also coming up big on defense.  Carter had 3 steals and 2 blocked shots.  The Midshipmen shot 42% from the floor and 35% from 3-point range.  The Navy played solid defense on the night, holding Brown to just 56 points and37% from the floor.  Navy out scored Brown 18 to 10 from the line.  Navy protected the ball well, committing just 8 turnovers, while forcing 15.

In the Bulldogs loss to New Hampshire, Bryant was led offensively by Adam Grant.  Grant registered 29 points and 3 assists in the game.  Bryant shot 38% from the floor and 27% from deep.  Bryant got smoked on the boards in this one, being out rebounded 59 to 38.  Bryant did force 22 turnovers, but weren't able to capitalize on all of those turnovers.  The Bulldogs had 12 steals defensively.

Midshipmen are 8-2 ATS in their last 10 games overall.

Midshipmen are 4-1 ATS in their last 5 non-conference games.

Under is 5-2 in Midshipmen last 7 non-conference games.

Bulldogs are 4-1 ATS in their last 5 home games.

Bulldogs are 4-1 ATS in their last 5 games following a ATS loss.

Navy has won 2 in a row and 3 of their last 4 games.  Bryant comes into this matchup, having lost 2 in a row by double digits.  Bryant has only had 1 home game to this point.  Navy is coming off a road win over Brown.  Bryant has lost some close games this year, but the deciding factor for me in this one is, both teams have played Brown.  Navy beat Brown by 20 on the road, while Bryant lost to Brown at home.  I'll take Navy in this one.  Final score prediction, Navy will win 74-69.