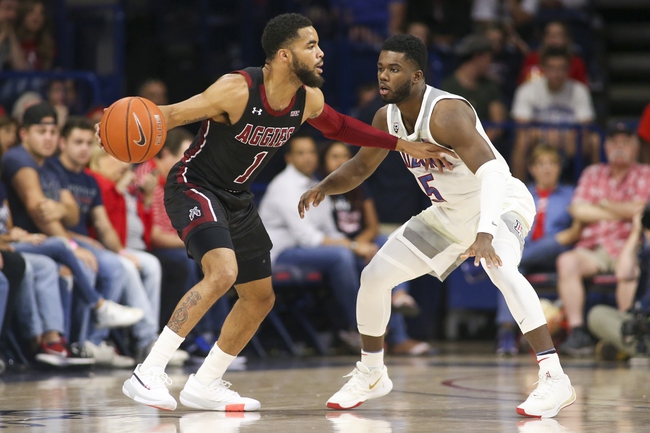 Miners are 8-1 ATS in their last 9 non-conference games.

Aggies are 2-5 ATS in their last 7 games overall.

The under has cashed in 5 of the last 6 matchups between the two schools.  UTEP has 5 wins, but 3 of them are against non division-I schools.  UTEP has 2 D1 wins, those were against, New Mexico and the Aggies.  The two teams have met once already and UTEP won 65-50.  New Mexico State has also lost to New Mexico this year.  It is hard to say just how good the Miners are, since only playing against 2 D1 schools.  The Aggies have 2 losses by 4 points or less, while also beating Colorado State and South Florida.  While I think UTEP loses, this will be a close one.  Final score prediction, New Mexico State will win, but UTEP covers, 68-65.