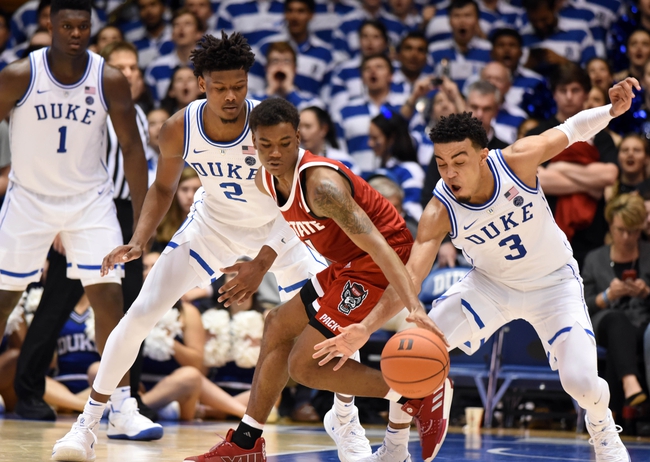 The Duke Blue Devils and the NC State Wolfpack meet in college basketball action from PNC Arena on Wednesday.

In the win over the Irish, Duke’s Vernon Carey led the team on 21 points, four rebounds and two assists. Both Alex O’Connell and Matthew Hurt had 12 points apiece there, combining for six assists and 14 rebounds.

Over on the NC State side, they’re 16-9 this year. After consecutive wins over Miami-FL and Syracuse, the Wolfpack took a 71-68 loss to Boston College in their last outing Sunday.

In the loss to the Eagles, NC State’s Devon Daniels doubled up on 15 points and 10 rebounds with two assists. CJ Bryce and Jericole Hellems each had 15 points as well, combining for seven boards and six assists.

Duke has had a couple of close calls across this winning streak—specifically the UNC game (two points) and the Florida State game (five points)—but on the whole it’s been a good return to dominance by a great team.

As for NC State, they’ve had a few good offensive performances here and there lately but they’re still pretty choppy when it comes to consistency. I fell like Duke is the safer pick on the cover here.