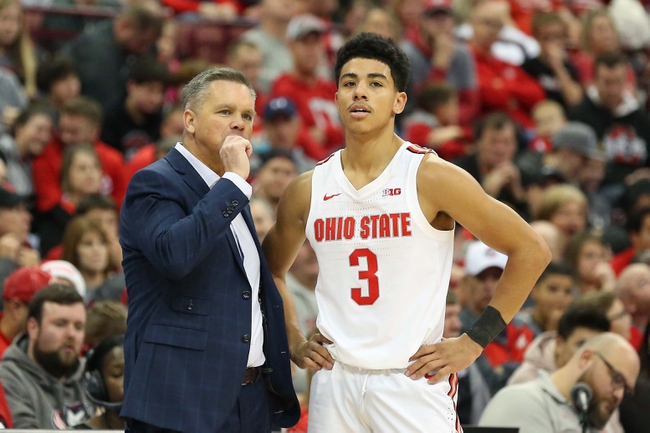 Buckeyes are 5-0 ATS in their last 5 games overall.

Buckeyes are 2-5 ATS in their last 7 road games.

The under is 5-2 in Buckeyes last 7 overall.

Tar Heels are 1-5 ATS in their last 6 games overall.

Tar Heels are 1-6 ATS in their last 7 non-conference games.

The Buckeyes are 0-5 ATS in the last 5 matchups with the Tar Heels.  The Buckeyes have had a tough non-conference schedule and it will get no easier in Chapel Hill.  The Tar Heels are 3-o at home, while this will be the Buckeyes first tru road game of the year.  Both programs have wins over ranked opponents on the season, but with this being the Buckeyes first road test, I'll side with UNC.  Ohio State has looked good at home against Villanova and Cincinnati, but how will the Buckeyes fair on the road.  We will know a lot more about this Buckeyes squad after this road matchup.  While I like UNC in this game, I will take the under here.  The Buckeyes are giving up an average of just 53 points per game and really do a nice job slowing the pace of play down.  North Carolina is giving up 66 per game.  Both teams rank in the top 30 in field goal percentage defense, with Ohio State ranking 2nd.  Final score prediction, 66-61.