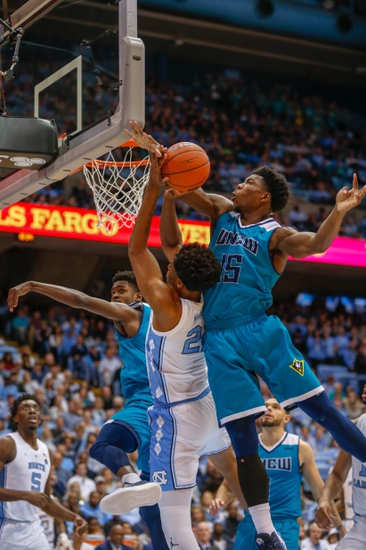 The Tar Heels were led in scoring by freshman Cole Anthony.  Anthony recorded a double-double, netting 34 points and 11 rebounds.  Garrison Brooks was the only other Tar Heel in double figures.  Brooks added 10 points and blocked 3 shots.  UNC shot 50% from 3 point range, making 10 of 20.  The Tar Heels smoked Notre Dame on the boards, out rebounding them 51-31.  UNC was sloppy at times, committing 18 turnovers.  The Tar Heels led by as many as 16 in the game.

Tar Heels are 6-2 ATS in their last 8 games overall.