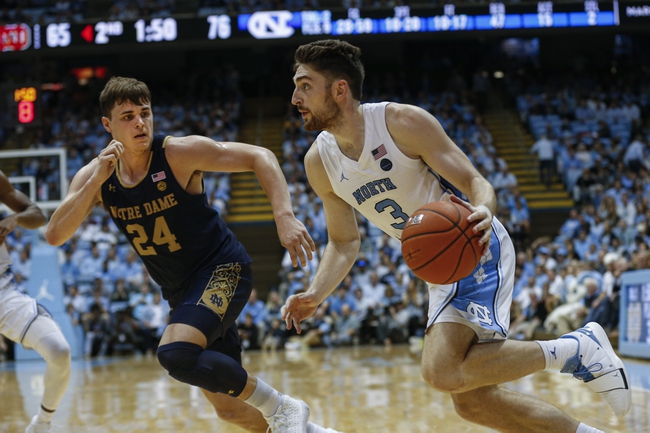 The Tar Heels enter this one at 10-15 on the year. North Carolina has lost five straight games, falling to Boston College, Florida State, Duke, Wake Forest and Virginia in that time.

In the loss to Virginia, North Carolina’s Garrison Brooks led the way on 20 points with five rebounds and four assists. Cole Anthony added 17 points with five assists there and Armando Bacot had 16 rebounds with eight points.

Over on the Irish side, they’re 15-10 this year. Notre Dame had a four-game win streak end earlier this month, and they’ve dropped their last two games versus Virginia and Duke since then.

In the loss to the Devils, Notre Dame’s Juwan Durham had 21 points with four rebounds and one assist. Also in double-digits there was John Mooney with 19 points and nine rebounds.

Since the near-stunner versus Duke, North Carolina has had some mixed results. The Heels fell by 17 to Wake Forest, then hung punch for punch with a revived Virginia team that’s back to playing solid ball again. It’s been quite the gauntlet over the last five games.

Notre Dame did well (but still lost) versus Virginia also but were blown off the floor in the Duke game by a whopping 34 points. Notre Dame is obviously way better than that, but I still like North Carolina to hang around here and cover.