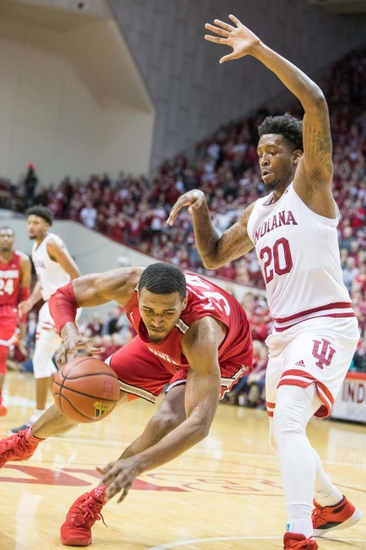 The Nebraska Cornhuskers travel to the Value City Arena to take on the sliding Ohio State Buckeyes. Ohio State comes in on a four-game losing streak, most recently losing to Indiana on the road 66-54 to drop to 11-5 on the season after starting 11-1 on the year. Nebraska lost on the road to Northwestern 62-57 after an upset win over the Iowa Hawkeyes to fall to 7-9 on the year.

Ohio State has struggled through the start of Big Ten play with just a 1-4 in conference record and looks to get back on track at home. The Ohio State offense averages 73.4 points per game which ranks 130th in the NCAA but as a team shoots the ball efficiently especially from the three points line with a 37.7% team percentage. Leading the Buckeyes on offense is junior forward Kaleb Wesson who nearly averages a double-double with 14.5 points and 9.3 rebounds. Leading the backcourt is freshman guard DJ Carton who recently joining the starting lineup and averages a team high 2.8 assists while adding 10 points per game.

Ohio State has been great against the spread this season with a 10-6 record ATS but have struggled as of late only covering the spread once in their last five games, while Nebraska comes in with an 8-8 record ATS but have covered the spread in five of their last seven games. Final score prediction, Nebraska is starting to find their legs and keeps this game close against the stuttering Ohio State Buckeyes with a 70-63 final score.