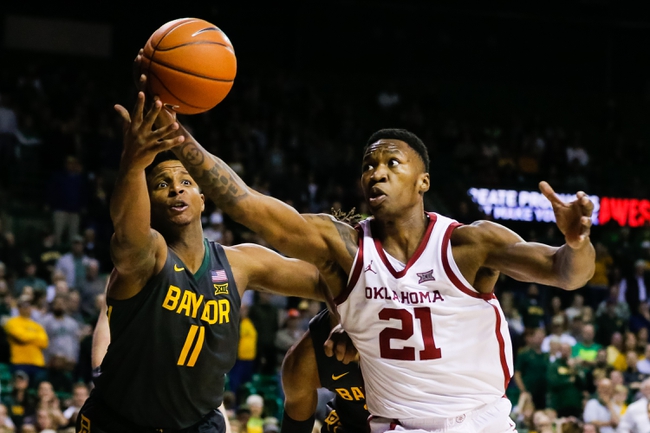 The Baylor Bears and the Oklahoma Sooners meet in college basketball action from Lloyd Noble Center on Tuesday.

Baylor rolls in here at 23-1 so far. The Bears have won a whopping 22 games straight, taking out Kansas State, Oklahoma State, Texas and West Virginia in their last four outings.

In the win over the Mountaineers, Baylor’s Jared Butler was tops with 21 points, four assists and five rebounds. Both Davion Mitchell and Matthew Mayer scored 13 apiece there, combining for 10 assists and 11 rebounds.

Over on the Oklahoma side, they’re 16-9 so far. The Sooners are 2-2 in their last four games, with wins over West Virginia and Iowa State between losses to Texas Tech and Kansas.

In the loss to the Jayhawks, Oklahoma’s Kristian Doolittle led the way on 27 points with 12 rebounds. Austin Reaves added 12 points with five rebounds and four assists, and De’Vion Harmon added 10 points with four assists and three boards.

Baylor hasn’t had a ton of trouble with too many teams this year. Each of their last seven games has been decided by six points or more, and the Bears are good enough that they can dictate the pace of each game.

So does Oklahoma have a chance here? Sure. The Sooners are a solid team in their own right, and for the most part they’re competitive in just about every game. I don’t expect the Bears to lose here, but I think the Sooners can play well enough to eke out a cover.