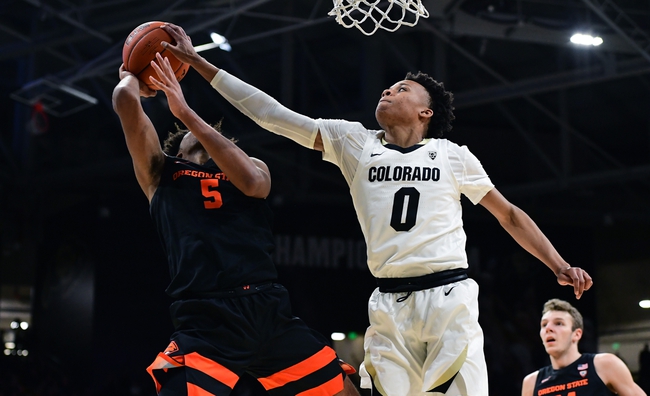 The Colorado Buffaloes and the Oregon State Beavers meet in college basketball action from Gill Coliseum on Saturday.

Colorado enters this one at 19-6 on the year. The Buffaloes had a three-game win streak versus USC, California and Stanford but fell in their last game Thursday versus Oregon.
In the loss to Oregon, Colorado’s Evan Battey led the charge on 14 points with 11 rebounds and one assist. D’Shawn Schwarts also notched 14 points, with three assists and five rebounds in that one.

Meanwhile, the Buffaloes are 4-0 ATS in their last four after a straight-up loss and 5-2 ATS in the last seven after an ATS loss. Colorado is 1-4 ATS in their last five overall and the under is 20-6 in their last 26 road games.
Colorado lost a golden opportunity for a big road win on Thursday, when they were ahead 35-26 at halftime but ended up losing to the Ducks 68-60 after a 42-25 deficit in the second half. Aside from that, there’s not a ton to complain about when it comes to the Buffaloes right now.

Oregon State won a road game 76-68 the last time these teams met up, but I think Colorado has looked a little bit better lately. I see the Buffaloes regrouping and posting a cover here.