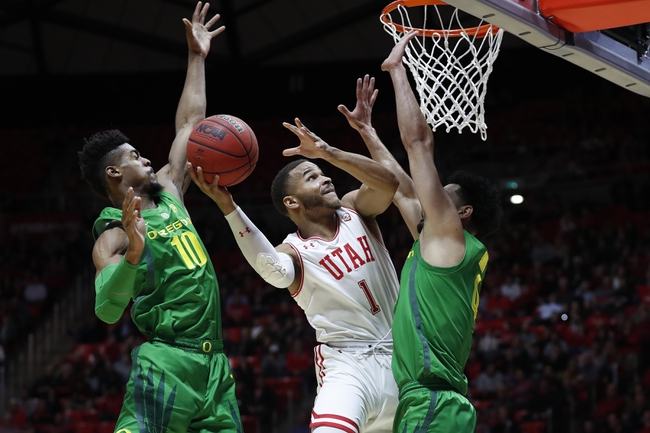 The Utah Utes and the Oregon Ducks meet in Pac-12 college basketball action from the Matthew Knight Arena on Sunday night.

The Utah Utes will try to leapfrog Stanford in the Pac-12 standings despite sitting at just 5-7 following a 70-51 loss to Oregon State last time out. Timmy Allen leads Utah in scoring and rebounding with 17.9 points and 7.3 rebounds per game while Both Gach has 10.5 points and Rylan Jones has 10.2 points and a team-high 4.8 assists per game this season. As a team, Utah is averaging 71.5 points on 44.5% shooting from the field, 32.7% from behind the arc and 73.3% from the foul line while allowing opposition to average 69.5 points per game on 43.1% shooting from the field and 34.9% from the foul line this season. Utah is 1-7 straight up and 2-6 against the spread on the road this season.

The Oregon Ducks will try to keep pace atop the Pac-12 table after a 68-60 win over Colorado in their last outing. Payton Pritchard leads Oregon in scoring and assists with 19.3 points and 6 assists per game while Chris Duarte is adding 14 points and 5.5 assists per game and Will Richardson is averaging 10.4 points per game this season. Shakur Juiston is also averaging 6.6 rebounds per game this season. Oregon is averaging 75.5 points on 46.4% shooting from the field, 38.1% from behind the arc and 69.2% from the foul line while allowing opponents to average 67.2 points on 40% shooting from the field and 32% from behind the arc this season. Oregon is 13-0 straight up and 8-5 against the spread at home this season.

Head to head, the favorite is 6-2-1 ATS in the last 9 meetings between these two teams.

I’m tempted to give Utah a look with the points, but the Utes haven’t been good late and they’ve just been terrible in spots this season. Oregon hasn’t been great against covering the number lately, but the Ducks have just been doing so well at home it’s hard for me to get off of it here. I’ll lay the points with Oregon in this spot.