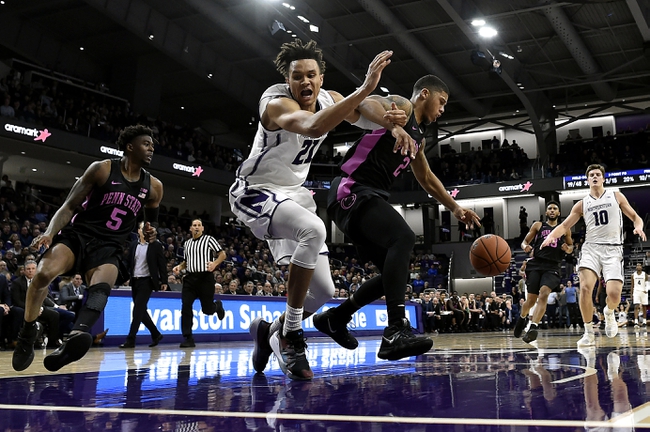 The Northwestern Wildcats and the Penn State Nittany Lions meet in college basketball action from Bryce Jordan Center on Saturday.

Northwestern enters this one at 6-17 on the year. The Wildcats have lost eight straight games, dropping to Michigan State, Purdue, Rutgers and Michigan during their last four outings.

In the loss to the Wolverines, Northwestern’s lead scorer was Jared Jones with 12 points and four rebounds. Also in double-digits in that one was Miller Kopp with 10 points, four assists and two rebounds.

Over on the Penn State side, they’re 19-5 on the year. The Nittany Lions have won their last seven straight games over Ohio State, Michigan, Indiana, Nebraska, Michigan State, Minnesota and Purdue.

In the win over the Boilermakers, Penn State’s Mike Watkins doubled up on 19 points with 10 rebounds. Seth Lundy added 18 points and four rebounds there, and Lamar Stevens had 16 points with five assists.

This just isn’t a good year for Northwestern to make much headway in the conference, as the Big Ten is pretty stout this season. It’s not like the Wildcats haven’t been competitive lately though; they were within three of Purdue and four of Rutgers.

Considering Penn State is on a great run here, and that they’ve scored at least 75 in each of their last four, I can’t find too many reasons not to take the Lions on the cover in this one.