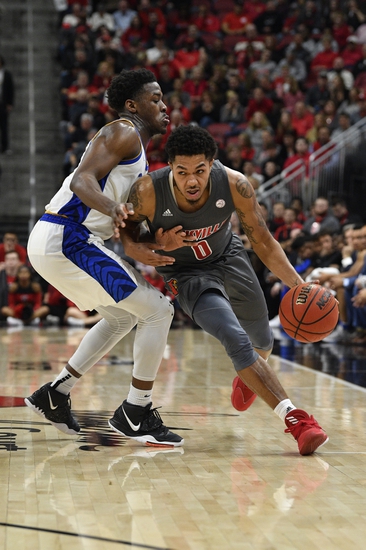 After the win against Notre Dame, Louisville is now 13-3 on the season and 4-1 in conference play.  Jordan Nwora has led the Cardinals in scoring this season as he has averaged 20.8 points per game.  Dwayne Sutton has been Louisville’s leading rebounder on the season, pulling in an average of 9.1 rebounds per game including 2.9 offensive rebounds per game.  Darius Perry has been the leader in assists for the Cardinals this season as he has recorded 3.9 assists per game.

The Pittsburgh Panthers welcome the #11 Louisville Cardinals to town on Tuesday night after losing their last game to the University of Miami by the score of 66-58.  The Panthers leading scorer in the game was Trey McGowens who scored 18 points while shooting 6 of 16 from the field and 5 of 5 from the free throw line. McGowens also led Pittsburgh in assists with 7, while playing a total of 39 minutes.  Justin Champagnie led the Panthers in rebounds in the game with 11, including 6 coming offensively.