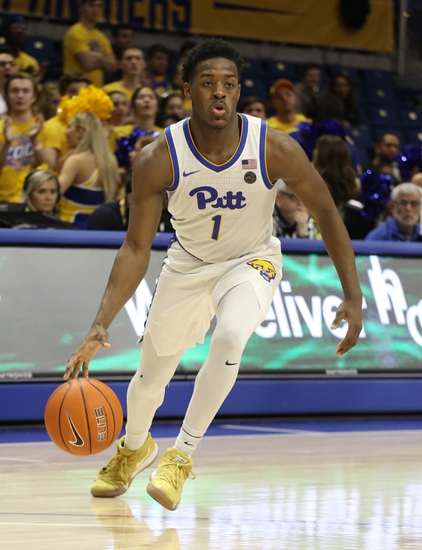 The Rutgers Scarlet Knights are on the road for a clash with the Pittsburgh Panthers.  The Knights are (6-1), coming off an 82-57 win over UMass.  The Panthers are (6-2), after winning 72-59 over Northwestern.

In the Scarlet Knights win over UMass, Rutgers was led offensively by Geo Baker.  Baker connected on 6 of his 11 attempts from the floor, while making all 3 of his foul shots, recording 17 points and 4 assists in 34 minutes of action.  Rutgers shot 53% from the floor and 23% from 3-point range.  The Scarlet Knights out rebounded UMass 40 to 34.  Rutgers led by just 7 points at the half, but used a big 2nd half to pull away.  Rutgers forced 19 turnovers in the win.

Scarlet Knights are 4-1 ATS in their last 5 road games.

Scarlet Knights are 16-36 ATS in their last 52 Tuesday games.

The over is 5-2 in the last 7 matchups between the two schools.  Rutgers has gotten off to a great start, but is has been a rather easy schedule too.  The Rutgers do have a win over SFA, which was the team that upended Duke at home.  Pittsburgh looked good this past week beating Kansas State and Northwestern.  Pittsburgh does have 2 home losses, but this is also Rutgers first road game.  I'll side with Pittsburgh, as the Panthers have been playing well against Power 5 conference teams.  Final score prediction, Pittsburgh will win and cover, 63-57.