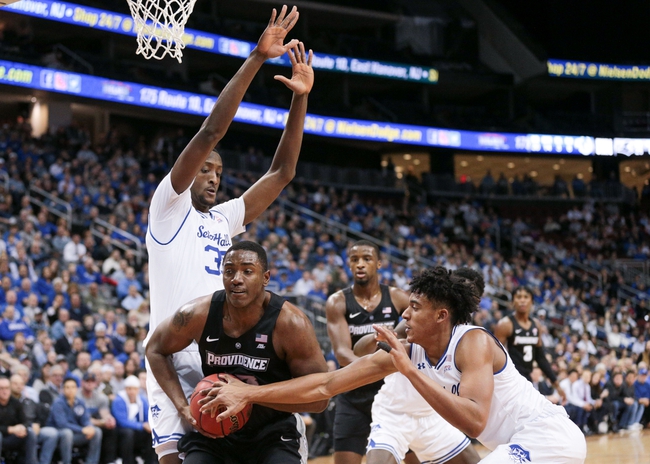 The Seton Hall Pirates and the Providence Friars meet in college basketball action from Dunkin’ Donuts Center on Saturday.

Seton Hall enters this one at 18-6 on the season. The Pirates are 2-2 in their last four games, beating Georgetown and Villanova while falling to Xavier and Creighton otherwise.

In the loss to the Bluejays, Seton Hall’s lead scorer was Quincy McKnight with 20 points, six assists and three rebounds. Sandro Mamukelashvili and Romaro Gill each scored 13 points there, and combined for 13 rebounds.

Over on the Providence side, they’re 13-12 this year. The Friars had consecutive wins going versus Butler and Creighton, but they’ve lost their last pair to Xavier and St. John’s.

In the loss to the Storm, Providence’s Alpha Diallo led the team on 19 points with 17 rebounds and four assists. Both AJ Reeves and David Duke had 12 points apiece there, and combined for three assists and eight rebounds.

Seton Hall has had a couple of underwhelming offensive outings over their last five games or so, but overall they’re still scoring well through this gauntlet of tough matchups. The Pirates have notched at least 70 in each of their last three, and gone 2-1 in that time.

As for Providence, they can be a pretty pesky team this year, even when overmatched (like in the first Xavier game and the win over Creighton). I think the Friars have enough gas to hang around here. I’ll take Providence.