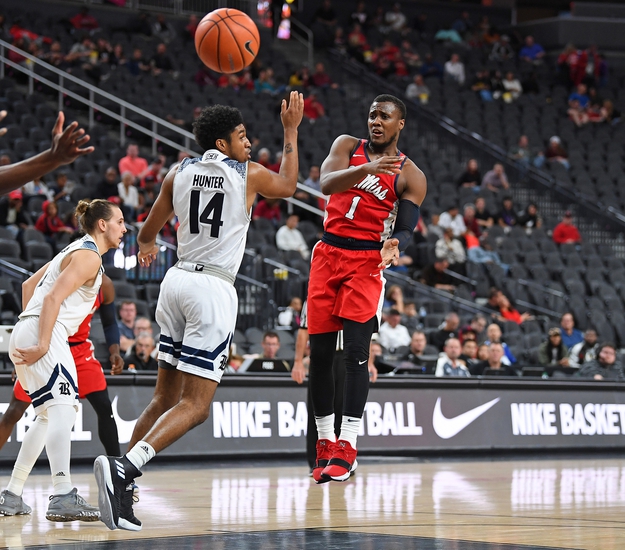 The Houston Cougars open a two-game road trip on Tuesday when they visit the Rice Owls at Tudor Fieldhouse in an intercity matchup of two potential NCAA tournament teams. Scott Pera, three seasons into his head coaching campaign at Rice, looks to contain a Cougars team coming off a heartbreaking 72-71 loss to the BYU Cougars.

Rice (4-1) has been impressive of late despite opening up their 2019-20 campaign with an ugly 91-43 loss to the Arkansas Razorbacks. Led by sophomore guard Trey Murphy III (15.2 ppg, 1.4 steals) and Ako Adams (9.8), the Owls have averaged 70.0 points per contest while 33.6% from behind the arc. Rice will hope to carry their strong guard play to their first NCAA tournament appearance in 50 years, and with a weaker Conference USA to contend with, that goal could be easily achieved.

Coming off an impressive 33-4 campaign last year, Houston (1-1) looks to put up big numbers before heading to 14th-ranked Oregon for what should be an interesting matchup of big men and guard play. Fabian White Jr. and Caleb Mills are averaging 12.0 points per contest while Quentin Grimes (11.5) and DeJon Jarreau (10.5) have contributed nicely to an offense that led Houston to their 19th tournament appearance last year.

Houston averages 77.5 points per contest on 49.2% shooting, although their free-throw shooting needs drastic improvement (64.3%). As a team, the Cougars are shooting 33.3% from 3-point range.

In their last contest, Payton Moore erased a 22-point deficit against UCSB by netting a game-winning layup for a contested 82-81 win. Trey Murphy III went 5-8 from behind the arc to lead the Owls with 18 points. Houston fell to 1-1 as TJ Haws drained a buzzer-beating jumper to lead BYU to an 82-81 victory. Caleb Mills came off the bench to contribute 17 in that loss.

Houston is 3-7 in their last 10 road contests ATS.

Rice is 8-4 against in their last 12 contests against Houston, with tremendous guard play working in their favor. With excellent pressure defense and the ability to hit 3-point shots against smaller lineups, this contest should be an easy win for the Owls. Final score prediction, Rice Owls win and cover ATS 84-74.