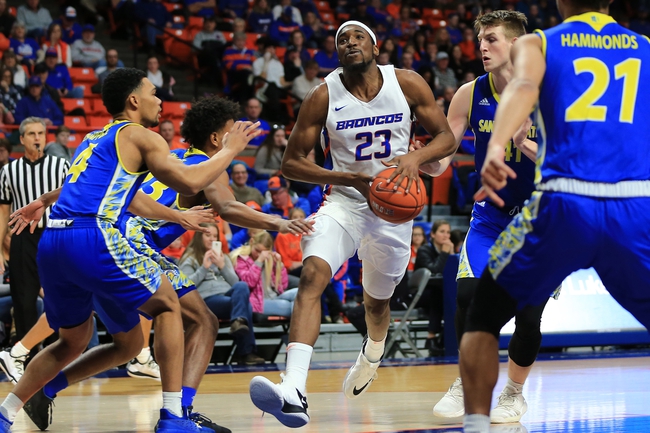 Boise State enters this one at 17-10 on the year. The Broncos are 1-2 in their last three games, with a win over Air Force sandwiched between losses to Utah State and San Diego State.

In the loss to the Aztecs, Boise State’s Justinian Jessup led the way on 22 points, four rebounds and one assist. Derrick Alston was also in double-figures there with 12 points, three rebounds and two assists.

Over on the San Jose State side, they’re 7-19 on the year. The Spartans are 0-5 in their last five games, dropping to Boise State, Wyoming, Nevada, Fresno State and Air Force in succession.

In the loss to the Falcons, San Jose State’s Rich Washington led the way on 31 points, nine rebounds and two assists. Seneca Knight added 13 points there, and both Brae Ivey and Zach Chappell scored 10 points apiece.

Boise hit the wall against a really good (and undefeated) San Diego State team, but outside of that they’ve been quite competitive over their last eight games—aside from a nine-point road loss to Utah State, anyway.

As for San Jose State, they’ve been scoring at a really good clip (77 or more in each of their last three), but they’re also giving up a truckload of points on the other side with regularity. This is probably going to be another high-scoring game, and I think the Broncos can power out a cover.