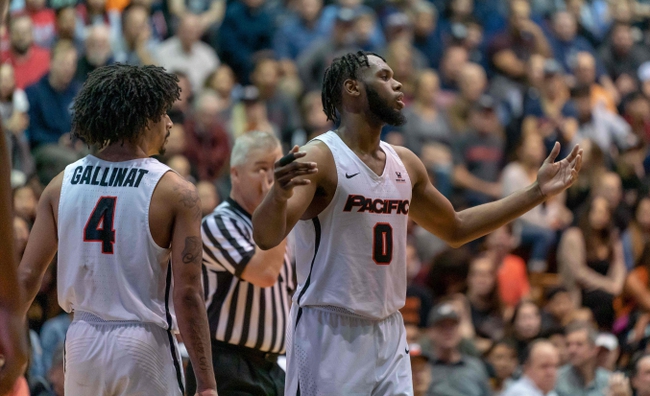 Pacific opened its season with a relatively easy win over a D-2 school and plays South Dakota in its second game on Friday in Hawaii. It will be the season opener for South Dakota, who was 13-17 last year. Pacific was 14-18 last year, but with most of its team returning the Tigers are expecting better things this year. South Dakota had a lot of injuries last year and should also be much improved.

In its opener, Amari McCrayy scored 16 for Pacific. He missed last season due to injury. Pacific hopes to improve on its worst in the league three-point shooting last season but managed just four of 17 of them in the opener. Justin Moore added 12 for Pacific. The Tigers will have to replace the league's defensive player of the year from last season but have four or five players with significant playing time returning. Junior Jahlil Tripp was the heart of the team last year and returns to lead the team this year. Khy Kabellis is a transfer from North Dakota State who will be counted on to provide some outside shooting.

Tyler Hagedorn returns for South Dakota after missing last year due to an injury. The Coyotes lost eight games by seven points or less last year, and are hoping to return to the level of success of previous years. Stanley Ulmude, a 6-6 point guard, is the Summit League's preseason player of the year after averaging 14.4 points last year. Hagedorn and Triston Simpson are also on the preseason all-league team. South Dakota was second in the preseason poll.

The Tigers have already picked up a win on the year and now face a fairly weak team in South Dakota. Look for the Tigers to have a good game here as the South Dakota team is looking to players who came back from injury to help guide the team and that does not work here. Final Score Prediction, Pacific Tigers win 73-58.