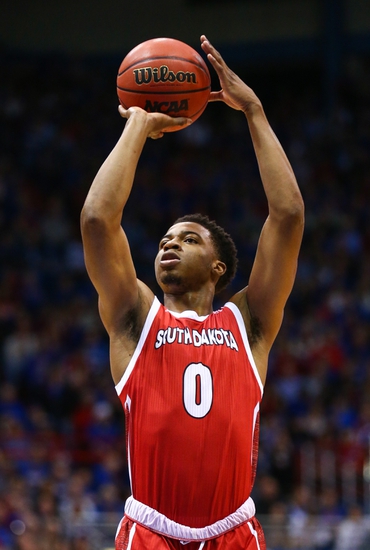 The North Dakota State Bison are probably the better team overall and have proven they can win on the road where they're also 7-5 ATS. However, the South Dakota Coyotes took the Bison down to the wire in the first meeting, and now they're at home where they win by an average of 17.8 points while shooting 53.5 percent from the field, and they're 7-3 ATS. The North Dakota State Bison are also a lousy 1-5 ATS in the underdog role this season. I'll lay the bucket with the Coyotes.