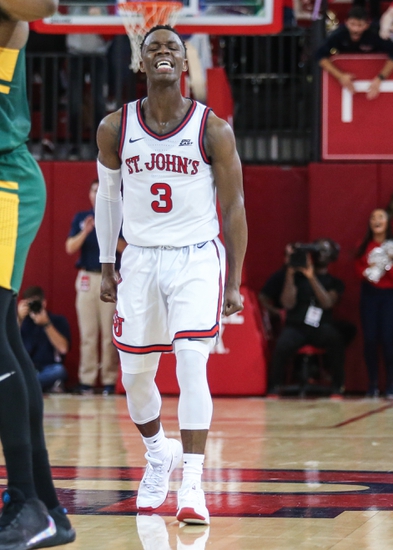 The Columbia Lions head to Queens, NY on Wednesday for a game against the St. Johns Red Storm in a battle between the Ivy League and Big East.  In their last game, Columbia was defeated by #9 ranked Virginia by the score of 60-42.  Mike Smith led the Lions in points in the game scoring 16 while shooting 6 of 14 from the field and 2 of 2 from the free throw line.  Smith also led Columbia in assists with 2 on the night while playing 37 minutes in the game.  Ike Nweke led the Lions in rebounds in the game as he recorded 9, including 6 offensively.

The loss against Virginia brought Columbia’s record to 1-3 on the season, including an 0-3 record on the road.  Mike Smith leads the Lions in points per game with 20 so far this season.  Smith also leads Columbia in assists per game with 4.8.  Ike Nweke is Columbia’s leading rebounder as he is averaging 6.3 per game.

The St. John’s Red Storm welcome the Columbia Lions to campus after losing their last game by the score of 70-68 to the University of Vermont.  L.J. Figueroa led the Red Strom in points in the game as he scored 14 points while shooting 4 of 13 from the field and 3 of 6 from the free throw line.  Josh Roberts led St. John’s in rebounds as he recorded 13 total, including 7 offensively.  Mustapha Heron led the Red Storm in assists in the game as he recorded 2 while playing 31 minutes.