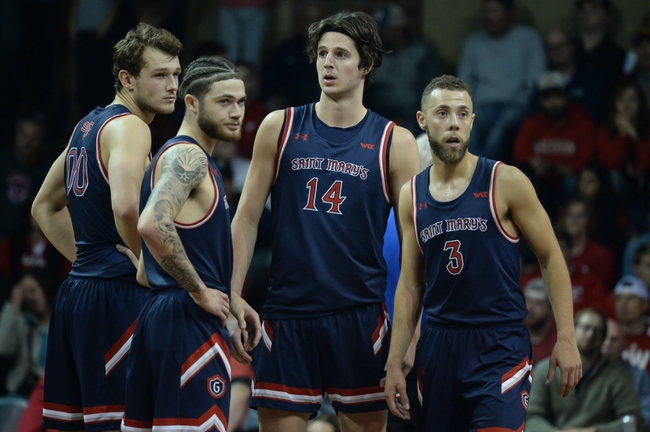 In the Gaels shocking loss to the Eagles, the Gaels were led in scoring by Jordan Ford.  Ford was 9 of 19 from the floor, totaling 22 points and pulling down 6 rebounds.  The Gaels were out shot 46% to 40%.  Neither team was great from the foul line.  Eagles made a pitiful 40%, while the Gaels made 66%.  Each team had 15 turnovers.

Gaels are 1-4 ATS in their last 5 non-conference games.

The Gaels are 0-2 ATS this season and are coming off a shocking loss to the Winthrop Eagles.  You can bet St. Mary's will be coming out to prove a point that they still belong in the top 25 rankings.  Besides losing to the Cardinals, the 49ers have lost to UCLA and have beat San Diego.  The gaels are clearly a lot better then what they showed against the Eagles.  I'm going to take St. Mary's here because I think they will have something to prove.  Final score prediction, St. Mary's will win and cover, 85-63.