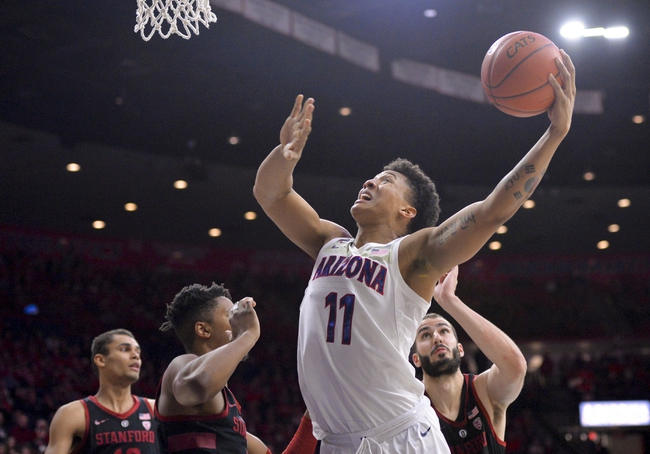 The Arizona Wildcats and the Stanford Carinal meet in college basketball action from Maples Pavilion on Saturday.

Arizona enters this one at 17-7 on the year. The Wildcats are 4-1 in their last five games, falling to UCLA while otherwise taking out Washington, Washington State, USC and California.
In the win over California, Arizona’s lead scorer was Zeke Nnaji with 21 points, five rebounds and two assists. Dylan Smith added 14 points with five rebounds and two assists there, and Nico Mannion chipped in 10 points with five assists.
Over on the Stanford side, they’re 16-8 on the season. The Cardinals are on a three-game losing streak right now, falling to Utah, Colorado and Arizona State in succession.
In the loss to the Sun Devils, Stanford’s Tyrell Terry led the team on 24 points with three rebounds and three assists. Also in double-digits there was Jaiden Delaire with 11 points and four rebounds.
The Cardinal are 19-7-1 ATS in their last 27 Saturday games and 11-5 ATS in their last 16 after an ATS loss. Stanford is 29-11 ATS in their last 40 home games and the under is 8-3 in their last 11 home games.

As for Stanford, they put up good efforts against Oregon and Colorado but they’ve been pretty choppy lately otherwise. I’m going to stick with the Wildcats on the cover here.