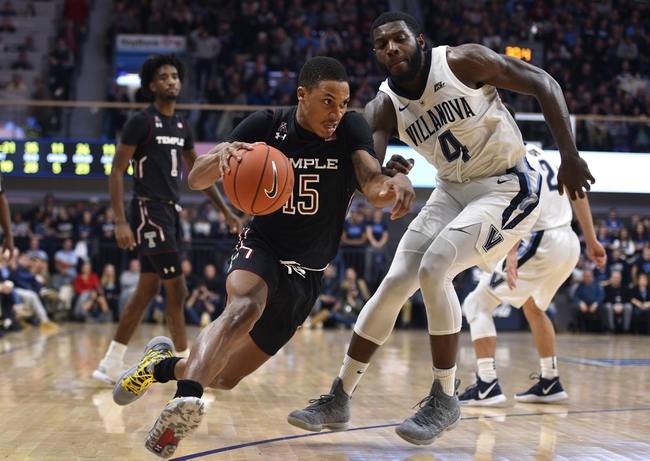 The Villanova Wildcats and Temple Owls meet Sunday in college basketball action at the Liacouras Center.

The Villanova Wildcats haven't played well the last couple of weeks, losing three of their last four games, and they're shooting just 41.3 percent from the field in their last five games. The Temple Owls are coming off some surprising victories, and they now have a big home game, a place where they win by an average of 7.4 points and shoot 46.7 percent from the field. Based on current form, I kind of like Temple and the free buckets at home. I can't confidently back Villanova at the moment.