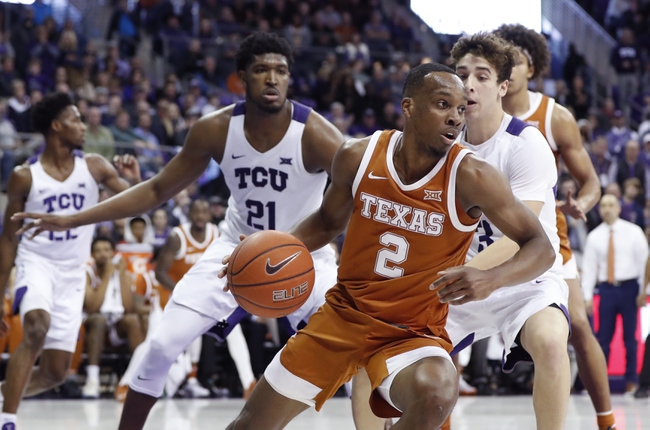 The TCU Horned Frogs and the Texas Longhorns meet in college basketball action from Frank Erwin Center on Wednesday.

TCU is sitting at 14-11 on the year. The Frogs had lost six straight versus Arkansas, Texas, Baylor, OK State, Kansas and Texas Tech but got a win on Saturday versus Kansas State.

In the win over the Wildcats, TCU’s Desmond Bane led the team with 17 points, eight rebounds and eight assists. Both Jaire Grayer and RJ Nembhard each had 15 points, and combined for six assists with 10 rebounds.

Over on the Texas side, they’re 14-11 this season also. The Longhorns are on a four-game losing streak, dropping to Kansas, Texas Tech, Baylor and Iowa State in succession.

In the loss to the Cyclones, Texas’ Courtney Ramey was the only player on the team in double-digits with 21 points, six rebounds and two assists. Andrew Jones added eight points with two assists in that one as well.

During their six-game losing streak, the Frogs had some major offensive struggles against tough teams, finishing with 57 or fewer points four times during that stretch. TCU wasn’t really close in any game outside of the one-point Texas loss either.

Speaking of Texas, their offense has been nonexistent lately as well; they’ve hit 58 or fewer in each of the last four. This one could get messy, but I think Texas can eke out a cover.